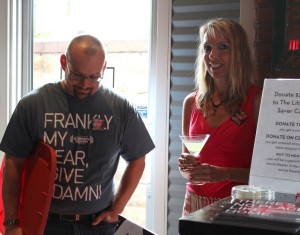 Aspiring writer who has retired from the institution of education. I've written plays, three of which have been performed both in Rochester NY and here in Sarasota FL. I also write stand up and obviously, film critique. My comment section does not work, so please email me your comments at irun2eatpizza@hotmail.com

View all of Goldie's posts.